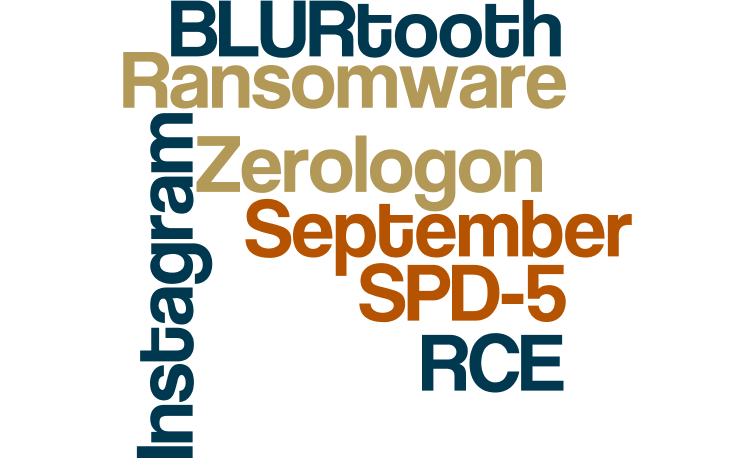 SPD-5 requires that certain cybersecurity practices are enforced at each stage when space-systems are being developed. It also requires that the people who develop and control these systems are vetted to ensure they aren’t a risk.

It does not appear that SPD-5 was created in response to any threat in particular, but instead an update to previous cybersecurity efforts over the last several years.

Hackers may have developed an effective exploit to the Microsoft Zerologon vulnerability (CVE-2020-1472), allowing privilege escalation in the Netlogon Remote Protocol. Netlogon is an authentication component in Microsoft Active Directory. This is an especially nasty vulnerability because it can allow an unauthenticated attacker to gain more or less full control of the domain controller (and effectively the entire domain). Fortunately, most domain controllers are not reachable over the Internet, which increases the difficulty of exploiting this vulnerability.

A patch was released by Microsoft several weeks ago, and companies affected by this issue should patch their systems immediately.

Woman Dies During a Ransomware Attack on a German Hospital

A woman was turned away from a hospital emergency room in Germany because their computer system was locked down in a ransomware attack. She was sent to a healthcare facility 20 miles away but died because she could not get the care she needed quickly enough.

The attackers mounting the ransomware attack believed they were targeting a nearby university.

There is currently no patch and no definitive timeline for when a patch will be released. When a patch is released, it will likely be in the form of an operating system or firmware upgrade for Bluetooth enabled devices.

Check Point cybersecurity privately disclosed a vulnerability in Instagram that would allow an attacker to access any resource on an Android/iOS phone that is permitted by the Instagram app. This includes contacts, GPS, camera, and other locally stored files.

To trigger the exploit, a victim would simply need to save a crafted image to their phone and then open the Instagram app.

The vulnerability was caused by the misuse of Mozilla’s Mozjpeg library to handle file uploads.